Diana Law named one of the “40 Under 40” by Chicago Daily Law Bulletin! 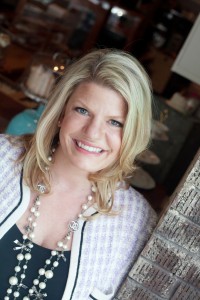 Law Elder Law is proud to announce that Diana M. Law has been chosen by Chicago Daily Law Bulletin and Chicago Lawyer as one of 2015’s “40 Under 40”. Diana was chosen from more than 1000 nominations for attorneys throughout Illinois.  Among the criteria for the award is intelligence, passion, success in the office, a desire to help community and a willingness to work hard at one of the country’s most important professions. Here’s what Chicago Daily Law Bulletin had to say about Diana: “Dedicated.  That’s the word that Diana Law’s colleagues use most often when describing this young elder law counselor.  Law, a partner with the Aurora law firm of Law Elder Law, has earned the respect of her peers, her clients and her community.  This isn’t surprising.  Law knows the ins and outs of elder law.  Just as importantly, she is intensely dedicated to her clients, working long hours to help them resolve their most difficult elder law issues.” Congratulations Diana!