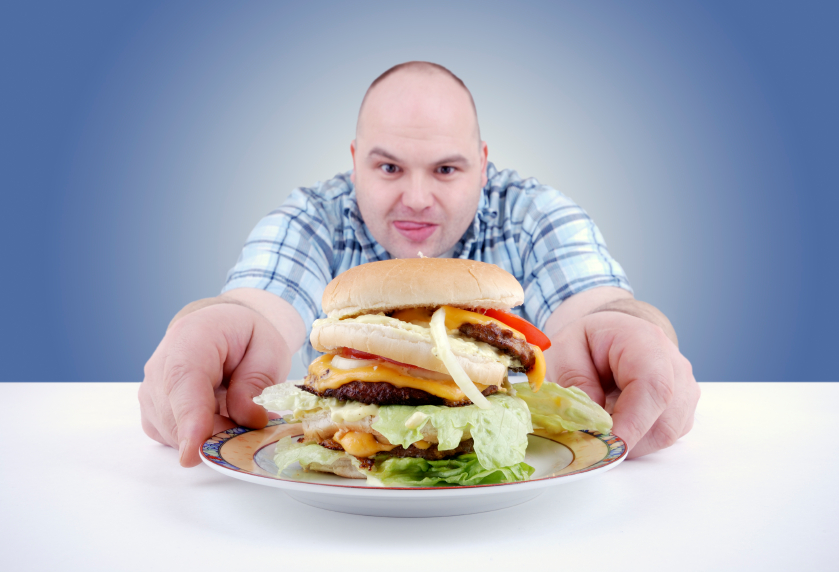 “It creeps up on you.  One day you can’t seem to fasten your skirt, your pants feel snug, you notice a bulge over your seat belt.  You’re not alone; the average adult American gains about one pound per year.  And fat around your middle is the worst for your health, because it raises the risk of heart disease, diabetes, and possible dementia.”  (From the Nutrition Action Health Letter from the Center for Science and the Public Interest, December 2008.)

Like most North Americans, I’ve just finished a holiday eating binge.  It began when the first shot was fired on Thanksgiving morning to begin a marathon of eating that went on almost nonstop until I awoke on January 1st and got on the scale.  I feel a bit bipolar.  First it seemed like I could never get enough of those goodies laden with gooey fats, sweets, and calories—but now I want to remove all evidence of brownies, cookies, and eggnog from my gut.  That’s it!  I’ve looked in the mirror…  I’ve gotten on the scale…  I’m feeling fluffy.  Here we go again.  The January diet is a true national pastime, and one we seem to repeat over and over.  “But this year is going to be different,” we say to ourselves.  “This year I’m going to be a ‘smarter cookie’ when making food choices.” Take a look at the Eat This, Not That! book series  recently published by David Zinczenko, Editor in Chief of Men’s Health Magazine.  Almost every page is a head slapper. The book has shown me how save over 500 calories when ordering a turkey sub sandwich.  I love to order those “healthy” Sierra turkey sandwiches at Panera Bread . What I did not realize is that this sandwich has 510 calories more than its equivalent turkey sub sandwich with cheese at Subway!  Who knew?  With Eat This, Not That! you will find restaurant choices ranging from Auntie Anne’s Pretzels to Wendy’s.  You’ll be given good eating options for each restaurant so that you can save hundreds—probably thousands—of calories by avoiding foods that are filled with hidden fat and sugars.  It’s amazing to read how often foods that are labeled as having healthy ingredients such as turkey, salmon, chicken, and fruit juice are actually filled with high fructose corn syrup and trans fats.  This is a book you just can’t put down. Zinczenko has given us a powerful tool to be able to enjoy the foods we love, but avoid the “waist inflators.”  I especially enjoyed the lists of the “worst foods in America.” The worst fast-food chicken meal is the McDonald’s five piece premium breast strips with creamy ranch sauce, which provides a whopping 830 calories; the worst [healthy] burger is a Ruby Tuesday’s Bella Turkey burger at 1,145 calories; and the worst coffee is the Starbucks venti strawberries and cream frappucino blended cream, which contains 750 calories.   Mmm…  I’m beginning to crave a snack.  I think I’ll have Breyer’s all natural mint chocolate chip ice cream at only 150 calories per half cup, instead of the 330-calorie Haagen Dazs brand. Ahhh, the quest continues….   Happy healthy eating in 2009!