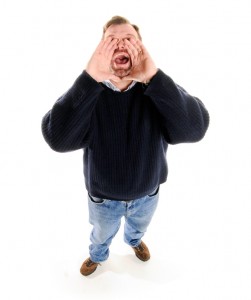 (“Brown water” means service in the rivers and delta areas of Vietnam) Even though elder law attorneys are primarily focused on nursing home benefits for wartime veterans who may be eligible for “Aid and Attendance” (a long term care benefit which helps to pay for in-home care, assisted living care, and nursing home care), we are also keenly interested in veteran’s benefits for Vietnam-era veterans.  This post has important information that should be forwarded to anyone who served in Vietnam during the Vietnam Conflict. One of the ongoing scandals of our country is our failure to fairly compensate Vietnam war era veterans who were exposed to the poison called dioxin that was in the herbicide referred to as “Agent Orange” (AO).  Many vets have been denied legitimate claims when trying to receive disability compensation for delayed diseases due to their exposure to AO.  Agent Orange is still killing Vietnam veterans from all of our service branches. We belong to an organization called the Veteran’s Advocates Group of America (VAGA), which provides educational materials and communication for those who are concerned about VA issues.  It was reported to us last week by Karen McIntyre, president of VAGA, that  the VA has just announced that veterans serving on certain ships in the waters of Vietnam during the Vietnam Conflict are now eligible for Agent Orange presumptive service compensation benefits.  This also opens the door for surviving spouses, dependent children, and dependent parents who may possibly get death benefits due to the death of their Vietnam veteran spouse, parent, or child. This decision to compensate “brown water” Vietnam veterans opens the door for VA health insurance as well.  In the past, an Agent Orange claimant had to prove that he/she was a veteran who had “boots on the ground” in Vietnam before the VA would award service-connected compensation.  But this recent “brown water” ruling finally opens the door for many of these deserving veterans and their dependents to get much-needed benefits as well. It’s important to remember that there are many who served in Vietnam who have already died as a result of an Agent Orange condition—so it is not too late for survivor spouses or dependents to file for benefits. I have attached a .pdf document at the bottom of this post (entitled “BrownWaterClaims”), which you can click on and download for information about Vietnam naval ships which worked in the inland waterways known as the “brown water” rivers and delta areas of Vietnam.  This is a  huge step forward for many of our veterans who were serving on “blue water” naval vessels but who also conducted operations in “brown water.”  Individuals who served on these ships may be presumed to have had exposure to Agent Orange and its deadly herbicide called dioxin.  Please forward this communication to all Vietnam war veterans and/or surviving spouses. This expansion of coverage still leaves our “blue water” servicemen and women who served on naval ships at sea without adequate compensation.  Despite the fact that it is now well known that Agent Orange was toxic to anyone who handled it, the federal government and the VA have continued to deny full coverage to many of our servicemen/women.  The next big step is for our government to admit that anyone serving in the Vietnam theater of operations may well have been poisoned by Agent Orange.  Nonetheless, let’s celebrate this victory and the extension of benefits to “brown water Vietnam veterans.”   Hooray! BrownWaterClaims
0