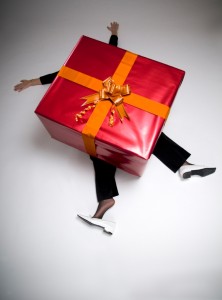 He is 80 years old but looks like mid-60s.  When I told him that, he remarked, “Thanks, but the old noodle is giving out.  Doctor says I’ve got dementia.”  His wife nodded in vigorous affirmation.  She added, “He goes to the store with a list, but always messes it up.”  She was not trying to be hurtful—rather, she just wanted me to know how things really sit.  This time, he nodded in animated agreement. They have been clients for years, and they had urgently called to “get their affairs in order.”  He has his brain scan results, and she has emphysema and COPD.  She has already signed a DNR for herself. As I listened to the facts, she threw me a bombshell.  “I heard about the five-year Medicaid look-back rules, so I cashed in my IRA and gave $10,000 to each of our four adult children.”  I gulped and said, “That was a mistake.  Based on what you have told me about your health and your assets, it is highly likely that one of you will need nursing home care before 2015.  Your gifts to your children will create a six- to eight-month penalty period of ineligibility for Medicaid nursing home benefits. She asked, “What should we do?” I answered, “You should call your family members and tell them that you made a mistake and to please give you back the money.” Her look told me that she would never do that. Her husband said, “We screwed up, huh?  We should have called you first.” Most elderly clients who give away money due to a medical crisis will need long-term care within a short period of time.  If you know a client or a client family member who is thinking about giving away assets “to protect them from being lost to nursing home expenses,” please tell them to call an elder law attorney first.  Our firm can be reached at 630-585-5200 or rick@lawelderlaw.com
0

Home of the Ancient Ones

My wife, Rose, and I recently visited the county nursing home in Turrialba, Costa Rica. We lived in Turrialba for a year in 2003-2004 to study Spanish and to learn a different culture, and our lives have been forever changed and broadened by that experience.  We now feel at home in this Spanish-speaking land.  We love being here surrounded by tropical birds, coffee plantations, and sugar cane fields.

This trip we wanted to learn about the local county nursing home, so we asked our friend and Spanish teacher, Olivia to ask permission to visit.  Yesterday we visited what is literally called “Home for the Ancient Ones”—Hogar de Ancianos.  We like it that Costa Ricans are not troubled by our North American political correctness filter.  They often call me “Gordo” which means chubby… oh well!  If someone has green eyes they are called “Gato” or “Gatica,” which means cat or kitten.  But back to my story. Olivia was our guide and we were accompanied by the assistant to the administrator, Benigne Solono Trejos, a living example of caring and compassion.  The facility is nestled into the volcanic mountainside of Turrialba and has a panoramic view of the now-active Turrialba Volcano and the widespread green of the valley below.  There were tropical flowers everywhere upon the grounds of the Hogar.  The windows and doors of the residents’ rooms were wide open to admit the warm sunshine and gentle breezes.  It can be cold here, but the average temperature year round is a lovely life-giving 75 degrees F.

Costa Rica is the wealthiest country in Central America, but it is not rich by Western European or North American standards.  The facility may lack much of the equipment that is taken for granted in the USA, but the most important resources are present in abundance—loving and compassionate caregivers and administrators.  The facility smells of flowers and cleanliness!  I inspected every room and they were clean, clean, clean!

Our administrative hostess, Sr. Solono, has worked at the facility for 16 years and has sacrificed to stay at the Hogar and provide care for “the Old Ones.”  She considers every aged resident a part of her family.  At every room, it was obvious that the residents feel respected and valued. They live in a place of dignity. Most of the residents sat outside in the open air.  It was a beautiful day!  The buildings are designed with rooftops with large overhangs to create a front porch-terrace effect.  Those who were able could walk around, pet the dog, and volunteer to help in the laundry or do other small chores.  After all, everyone of every age wants to feel useful.

There are about 70 full-time residents at the home.  Surprisingly, there are far more men than women.  If you have visited a nursing home in the U.S. you know that there are very few men, since women typically outlive men by many years.  I asked how it could be that there were more men than women.  I was told that in Costa Rica, families try to keep the old ones at home and that women are able to provide more help with child care, cooking, and cleaning than men.  My wife said, “See I told you that you men are harder to take care of!”

The question of paying for long term care was my next enquiry.  Sr. Solono told us that the central and local governments provide only a bit of support.  In fact, just like in the U.S., government may give with one hand but take with the other.  In Costa Rica, the government keeps raising the standards of care but provides no money to accomplish those goals.  Amazingly, one of the biggest sources of funding for the Hogar is a lottery which is conducted on an as-needed basis.  (The Hogar must receive a governmental permit to sell lottery tickets within the county that they serve.)  In addition, they own a fairgrounds where they conduct an annual fair as a fundraiser.  Fundraising is a constant concern and activity of the administration and many volunteers. As we visited many residents, we were cheerfully greeted by those who were able.  I fell in love with Eva, an octogenarian who happily spoke excellent English.  Her career was as an assistant in the international center of agriculture called Catie.  She shares a room with her sister, who is confined to a wheelchair and sat quietly until she spied my bare legs sticking out below my walking shorts.  She is the first woman in my life to become excited upon seeing my legs!  She chortled and in Spanish she told me that I had chubby legs.  Olivia, our Spanish teacher, said that she was flirting with me.  My wife stated flatly, “You should be so lucky!” I want to thank Sr. Solono Trejos and the entire team at the Hogar de Ancianos San Buenaventura.  You are doing a great job as you serve seniors and those who love them!