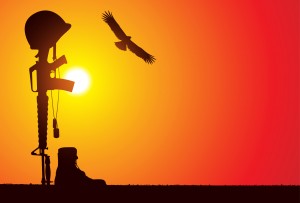 A substance known as Agent Orange (AO) is still killing Vietnam veterans after all these years.  If you know and love a Vietnam War veteran, this post has important information that should be forwarded to everyone who “had boots on the ground” in Vietnam during the Vietnam War. In June I was speaking in Atlanta at the “Advanced VA Benefits Course.”  Because of my concentration in the area of elder law, I was able to unveil some of the secrets about a special VA benefit to pay long term care expenses.  Benefits may be available for the over-65 wartime veteran and/or spouse of a veteran who is burdened with long term care costs due to Alzheimer’s, Parkinson’s, or other age-related long term disabilities.  This benefit helps pay for home care, assisted living facility care, and nursing home care. After my speech, I eagerly awaited the next presenter, Karen McIntyre, a nationally known VA-accredited agent.  Her topic was “Presumptive Diseases Linked to Agent Orange Exposure.”  For me, that is one hot topic.  Within the last twelve months I have served two Vietnam vet clients who have died of cancers which they felt were caused by their wartime service.  Unfortunately for them and their surviving spouses, the Veterans Administration had rejected the benefit claims that they had submitted through a Veterans Service Organization (VSO). Agent Orange was an herbicide which was liberally sprayed all over Vietnam to defoliate the tropical forest.  It was believed that defoliation was necessary so that enemy troops infiltrating from North Vietnam would be more visible from the air.  Unfortunately for our servicemen, servicewomen, and the civilian Vietnamese population, our government chose to buy the “cheap stuff” which was filled with dioxins. I asked Wayne Tomlinson, an expert in agrichemicals, to explain Agent Orange to me.  He responded, “Actually, Agent Orange is very similar to some commonly used agricultural herbicides and  brush killers known as 2,4,D and 2,4,5,T.  In its proper form it is harmless to humans. I have been totally immersed in both 2,4,D and 2,4,5,T and it has never caused me any harm.  These chemicals been used extensively within the United States on roadsides, pastures, and parks.  Within the United States the dioxins have been removed from the final product. Unfortunately, I guess that when some government purchasing agent asked for the lowest price bid for this substance to be delivered as a weapon of war, they did not specify that it needed to be dioxin-free.” Due to the presence of dioxins and the passage of almost 40 years, there are now many diseases that have now been conclusively linked to AO exposure.  When contracted by a Vietnam War veteran, they are now presumed to have been caused by AO.  A Vietnam vet must prove that he or she “had boots on the ground” in Vietnam to receive these medical and monetary benefits.  The benefits can be of assistance to both the veteran and the surviving spouse.  The list of diseases is scattered throughout the official government documents and the VA regulations.  I have consolidated a list of diseases which are presumed to have been caused by Agent Orange exposure.  Click here to find this information: vietnam-vet-conditions-list If you need to find an attorney to assist a veteran please click here.  In addition, Veterans Service Organizations are available to assist you. P.S.  Many of our Marines and Special Forces units did have “boots on the ground” in Vietnam, but their service record shows they were stationed outside of Vietnam on ships or in other countries.  The veteran can prove his or her presence in Vietnam by supplying an affidavit from a fellow service person.  This is called a “Buddy Statement.”
2