1 mile west of the Chicago Premium Outlet Mall (800) 810 3100 info@lawelderlaw.com
Faviola Carmona
Attorney
Faviola understands hard work and what it takes to be an important part of a support team. She came to America when she was four, along with her parents and siblings.
Faviola’s favorite part of her job is seeing a ward who’s recovering and can start to express their symptoms and get back on track toward health. She enjoys the feeling of knowing that after months of getting things back in order, the client often accepts our help and the relationship changes.
“I like that the work is different every time,” says Faviola. “Sometimes it’s more public guardian work, other times more private estate litigation. Every one is different and I love getting all the details in place, setting priorities, and fixing messy situations.”
Faviola’s story is really incredible. Read a little about her background, and how it relates to what we do here at Law Hesselbaum, below.
“Seeing the challenges that my parents faced when they immigrated to the United States with three daughters (including me) have helped shape me into the person that I am today.
With no knowledge of the English language and no more than several years of elementary education they left the only thing they knew behind and came to a new country to provide more opportunities for their children.
It was difficult to adapt to the language, the way of life and the culture. My family has always been very close and so everything we did, we did together. When my parents took English classes; I was studying with them (at the age of 7). When they needed to make a big purchase from the store; my sisters and I went with to translate.
When they received something in the mail which they did not understand, I sat down with them and tried to explain it as best as a teenager could possibly explain.
“The road to adjusting our status as permanent residents was very long and difficult. There were many bumps in the road. Many people who said they could help fill out a form, (“sign here, sign there”) and then took my parent’s money only to never be heard from again.
”We see the similarities with well-meaning case workers in the area of aiding the aging, because often, those “helping” don’t actually know the ins-and-outs of the area or the special tools available to seniors to help them along the way. It can cause havoc in families, who then come to Law Hesselbaum for answers.
“There were many years of waiting for that letter in the mail approving whichever petition was pending (because we really didn’t understand the process or the legal terms that were written in the documents that we would receive).
My parents trusted the Spanish speaking notaries who said they knew what they were doing. As a result of believing in these “notarios,” which many Latinos rely on, my family was almost separated.
My mother was placed in deportation proceedings when I was a freshman in high school. It is an experience that no one can ever understand unless they have gone through it. We immediately sought the help of an attorney.
My parents had never contacted an attorney because they could not afford it but my father knew that he had to do whatever was necessary to keep his family together. I went to all of the appointments with my parents to translate. The attorney requested our files. He said our cases had actually been closed for two years for failure to respond for a request for information (my parents were told by a “notario” that they didn’t have to do anything with respect to the request for information). However, the attorney said he could help. He would represent my mother in immigration court, but my father had to become a US citizen. It was the only way my mother would be able to stay in the United States.
“While my father had taken English classes when we arrived to the US, his reading and writing were not the best. He knew the basics – just enough to get by. He feared that his lack of English could be the reason why his family would no longer be together. For months, I studied with my father for the English and civics section of the exam.
When he was called in for his interview, I went with him and sat in the waiting room. I will never forget the look on his face when he came out. It was a look of sadness, disappointment and frustration. I told him not to worry because we knew he could take it a second time. We spent another couple months studying.
Again, months passed by and when my father took the exam the third time, he finally passed.
“His new status as a United States Citizen was the link that held our family together. My mother was granted permanent residence, and was not forced out of this country.
Since then, I’ve had the opportunity to be the first one in my immediate family to go to college. I’ve gone to law school (which I never dreamed of being able to do when I was a child) and I proudly became a United States citizen in 2011.
“My parents are a treasure to me. Their perseverance, strong will and the dedication to their family have provided me with the best possible examples of why one should never give up. This period of my life made me aware that all people need a helping hand at some point in their lives. It sparked my interest in the legal field. It has motivated me into wanting to help others, has provided me with the opportunity to do so through education and outreach and granted me the liberty to be a better person because of it all.
Faviola loves dancing, running, reading, firm handshakes, and her Yorkshire Terrier, Lily.


“We want you all to do great, and do well in your lives; but do not forget to do good while doing well or it will not be as great.” — Jack Sandner, Former Chair of the Chicago Mercantile Exchange
Why Choose Us?
LEL Client Promises
We promise to fulfill the Golden Rule: we strive to serve you and your family in the manner we wish to be served.
We promise to explain complex legal concepts in simple ways.We promise to use our skills and knowledge to help you keep more of what you have.
We promise to continuously improve our skills; solutions and services so that you may enjoy the benefits and privileges that the law guarantees.
Workshops
Don't see any events listed? Call (630) 874-0331 for details on our upcoming events! 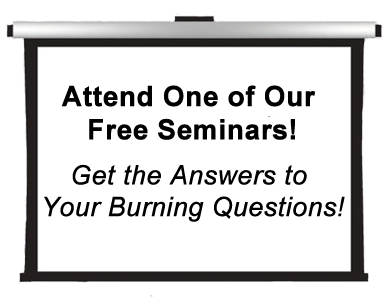