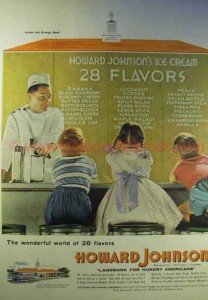 Seniors love ‘em—and lawyers hate ‘em:  annuities. Based on ample experience with both senior citizens and lawyers, I am always amazed at the depths of both the affection and the rage that are evoked by the subject of annuities.  Mentioning the word “annuities’ at an attorney meeting is like yelling, “Attack!”  They immediately launch into a review of the sins of annuities.  Nonetheless, annuities remains one of the most frequent investments purchased in America.  In fact, since the most recent 40%-plus stock market slump, annuities have risen in popularity.  If annuities are so bad, how can it be that the majority of seniors own at least one annuity? What is an annuity, anyway?  Annuities are an investment contract between a buyer and an insurance company.  The word “annuity” is like the words “ice cream.”  Ice cream comes in strawberry, vanilla, chocolate-marshmallow, moose-tracks, and many more.  Well, annuities come in more “flavors” than the combined ice cream choices of Baskin-Robbins, Ben & Jerry’s, and Cold Stone Creamery.  You really cannot tell a good annuity from a bad annuity without a very careful review. Annuities are backed by insurance companies and their reserves.  Although annuities are not federally insured, it was interesting to see that our federal government chose to prop up AIG but let Lehman Brothers brokerage fail.  AIG is the major seller and reinsurer of a large portion of the annuities sold in this country.  Evidently, the government was unwilling to allow one of our largest insurance companies fail. Immediate annuities are a contract wherein an insurance company promises to pay monthly payments for a term of years or based on one’s lifetime.  Lifetime payments are often very attractive to retirees, because nobody wants to be out of money before they are out of breath.  Lifetime immediate annuities start paying monthly checks in the first year of the investment.  They act like pensions.  In fact, almost all employer-sponsored pension plans purchase immediate annuities to pay the monthly checks to company plan retirees. What makes an immediate annuity attractive to a retiree?  Usually, the insurance company offers an initial interest rate above Certificate of Deposit rates.  In addition, some insurance companies offer the purchaser a ‘bump’ in the imputed value of the money invested.  Although these incentives look very attractive, please have the annuity contract reviewed by an independent professional who can interpret the true value of the investment.  It’s also important to know what will happen after the initial ‘teaser interest rate’ has ended.  What does the annuity actually guarantee as the minimum future interest rate? A good place to compare actual returns on annuities is at www.immediateannuities.com.  You can get a fast, free annuity quote online.  Immediateannuities.com is reputedly the number one website for evaluating immediate annuities.  There are lots of other resources available at their website to acquaint you with annuity language and insurance company ratings.  Don’t buy any investment without some research and/or independent advice.